The owners of the Codling Wind Park project, EDF Renewables and Fred. Olsen Renewables, are pleased to announce the appointment of Arno Verbeek as Project Director.

Arno has extensive experience in the offshore wind industry and will lead the development, construction and operational phases of Codling Wind Park, which is set to be the biggest offshore wind farm in Ireland.

Codling Wind Park, which is located thirteen kilometres off the east coast of Ireland, between Greystones and Wicklow, will make a significant contribution to achieving Ireland’s renewable energy targets.

Arno said “I am pleased to be back in Ireland and to be working on such an exciting project. Ireland’s goal is to be carbon neutral by 2050 and to double the amount of electricity it produces from renewable energy from 35 per cent to 70 per cent by 2030 –which is hugely ambitious. In order to achieve Ireland’s Climate Action Plan 2030 target, offshore wind will be expected to make a substantial contribution. Clearly, this is where a significant infrastructure project like Codling Wind Park has a huge role to play.

“The strong wind speeds and favourable site conditions which we have at the Codling Wind Park site are ideally suited for generating low cost and carbon emission free electricity. We are currently carrying out technical, environmental, socio-economic and commercial studies to determine the size of the wind farm, but we expect it will be up to 1.5GW.” 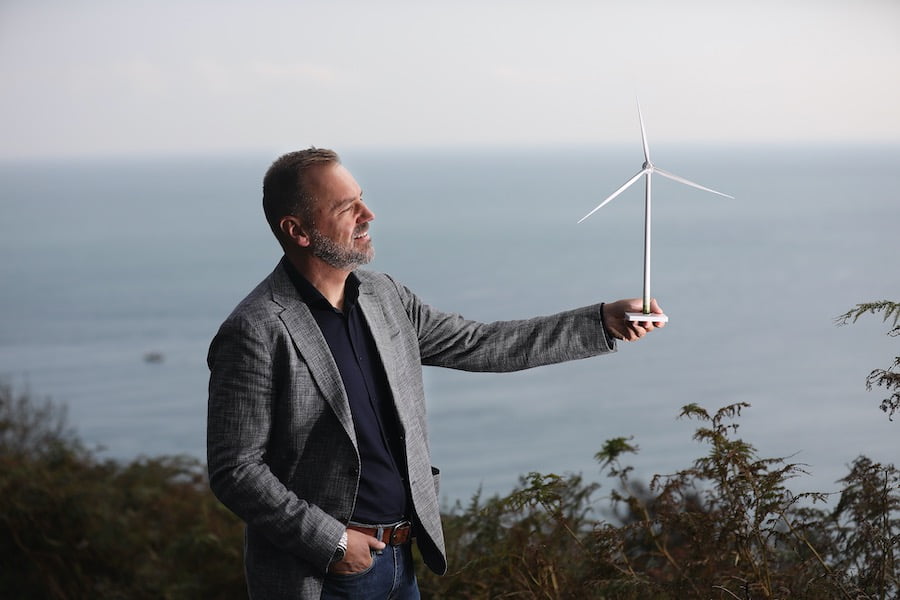 EDF Renewables Director for Ireland and Offshore Michele Schiavone said, “We are very pleased Arno is joining the project and are looking forward to making progress on Codling Wind Park with our partner Fred. Olsen Renewables. I would echo Arno’s concerns around grid capacity and add that we would also like to see progress on implementing the new offshore planning framework which is another essential element for the achievement of Ireland’s offshore wind ambitions”.

Fred. Olsen Renewables AS CEO Ivar Brandvold said, “This is an important moment for the Codling Wind Park and we are happy to have Arno here to take the project forward. Like our partners, EDF Renewables, we are keen to work with the Irish Government and Eirgrid to ensure the path to building Codling is as smooth as possible over the coming years.”

Arno was previously a Technical Director with Diamond Generating Europe in The Netherlands, a 100% owned subsidiary of the Mitsubishi Corporation, which owns offshore wind farms in The Netherlands, Belgium and the UK. Before that he ran his own consultancy business and previously worked for SSE in the UK. Mr Verbeek was also based in Ireland for nine years while working for Airtricity and SSE Renewables Ireland.

EDF Renewables UK and Ireland is a joint venture between two companies, EDF Energy (EDF’s UK business) and EDF Renewables Group (EDF’s global renewables business). EDF Renewables Group has more than 25 years’ worth of experience in delivering renewable energy projects in more than 20 countries around the world. EDF Renewables UK and Ireland has an operating portfolio of 36 wind farms and one of the UK’s largest battery storage units (together totalling almost 1GW) and we are providing some of the much needed new affordable, low carbon electricity across all technologies. We have an expanding renewables portfolio with almost 4GW of projects in planning and development across wind, battery and solar and we have 600MW currently under construction. We also have offices in Edinburgh, Durham, London and Dublin.

Fred. Olsen Renewables AS (FOR) is a wholly owned subsidiary of Bonheur ASA and is responsible for the Group’s renewable energy development activities within the wind sector. The company is a leading developer, owner and operator of renewable energy assets, currently within onshore wind farms.  FOR operates in all parts of the value chain, from business development and sourcing wind farm acreage, concept development to detailed design, construction, commissioning and operations to sale of electricity.  As of 2020, the portfolio consists of 679MW in operation onshore and a development portfolio of close to 4GW of which 1GW relates to offshore and remaining onshore.